‘Lysebotn’ it will improve your driving skils

The Road Fv500 is the way to Lysebotn (lysebotnvegen) officially known as Lyseveien (Bokmål) and Lysevegen (Norsk), The village is located at the eastern end of the Lysefjorden in a very isolated valley that is only accessible by one road or by boat.

The first time I did this road I had a detour of 600Km (the reason I wrongly configured my GPS) and I had to do this road in the fog add night, At one point, I came out of a hairpin bend, I had absolutely no idea what was going on behind the bend until the very last moment … the road was full of sheep …. This was exactly how I had envisioned my overland adventure …. though not in the middle of the night! 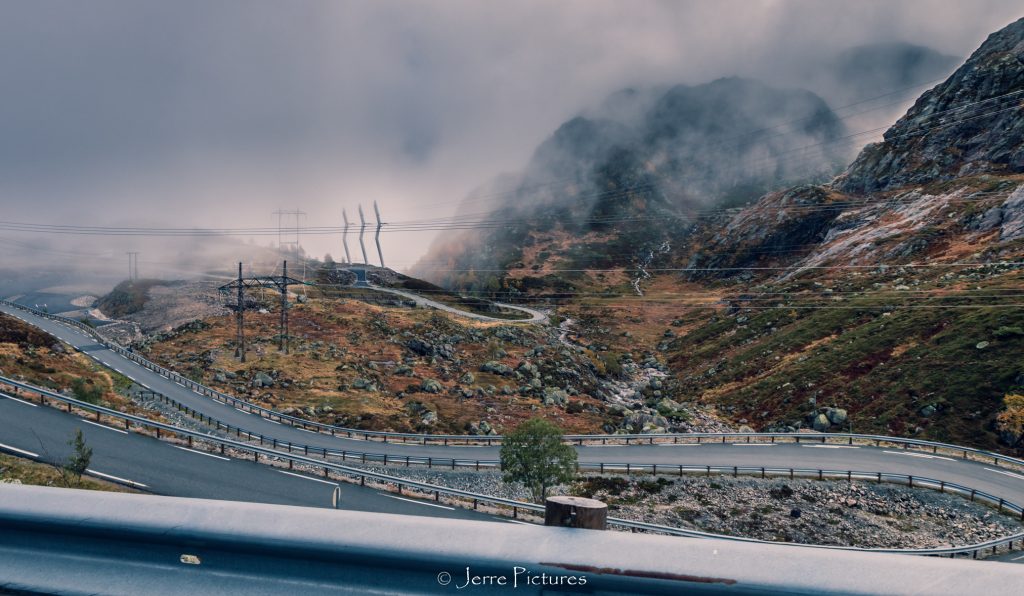 Once someone said that this is one of the most dangerous roads in Europe, with the result that it is now in the top 10 of the most touristic places in the south of Norway

There are about 100,000 tourists a year on this road. Many stops at the parking lot, for the hike to Kjeragbolten … while the most beautiful part of fv500 only begins there … or was it now the most intensive part? …. now if I was with a large camper I do not know if I would want to drive further … know that it will take you blood sweat and tears to continue down this road… but I can promise you that you will be surprised if you do drive further!

Especially when you get to a tunnel that has a hairpin turn in it…I had not seen this in my life.
Since I drove all the way through in the middle of the night, I had no idea what the view was like…but when I drove it again the next day…. I was more than sold…my overland adventure could begin…..or could it?….

Along the way, you’ll also come across Lysebotn Hydroelectric Power Station. the Lysefjord plant, the waterfalls 620 meters (2,030 ft) to the turbines, producing up to 210,000 kilowatts (280,000 hp)
of electricity

Lysevgen is on the list of dangerousroads.org… I don’t fully agree with that… Despite the fact that a few people lost their lives here. The year I visited this area, a polish woman had lost her life here …though this had little to do with this road

It is a breathtaking road with 27 hairpin turns.
The total road is about 32 km and you should count that you are about 50 minutes about it

Kjerag or Kiragg is a mountain in Sandnes municipality in the province Rogaland in Norway. The 1,110-metre (3,640 ft) tall mountain sits on the southern shore of Lysefjorden, just southwest of the village of Lysebotn. Its northern side is a massive cliff, plunging 984 meters (3,228 ft) almost straight down to the fjord and that makes it spectacular, a sight that attracts many visitors each year. Another tourist attraction, the Kjeragbolten, a 5-cubic-meter (180 cu ft) stone wedged between two rocks is located on the mountain. The problem is that is too famous for me, you read a lot of articles of people standing in line in order to have their shot, and you will pass a lot of people on their flip-flops walking towards this point…what standing in line?? No no that is not my cup of tea. Another famous point is The Kjeragfossen waterfall plunges off the mountain down to the fjord. It is one of the tallest waterfalls in the world. But because
Kjerag is a popular hiking destination. Some go there because Preikestolen has become too crowded, some to jump onto Kjeragbolten and some BASE jumpers from all over the world go there to jump off the high cliffs. Kjerag is also a popular climbing destination, with many difficult routes going up its steep faces.
The easiest ascent starts from the visitors center Øygardsstølen, with a 2.5-3-hour walk each way. From Stavanger, it is roughly a 2-hour drive (closed in the winter season). One can also take the tourist ferry from Lauvvik to Lysebotn in the summer. The best season for walking is considered late June to September depending on snow conditions

Oh yes, dear friends…there is something that drives me completely crazy during my travels and that is people stacking stones. here too you see 100 piles stacked together, why is this necessary? In Iceland, I once made one because a route was no longer visible and that is what these piles of stones were initially intended for. to be able to orientate yourself on unmarked routes if you have to walk back a bit. or to point out the direction to the people who will come after you one day.

Like I told you, Kjeragbolten is a 5-cubic-meter (180 cu ft) boulder wedged in a mountain crevice by the edge of the Kjerag mountain. It is possible to walk onto the rock without any equipment, but there is a direct 241-meter (791 ft) drop below and then another 735-meter (2,411 ft) gradient down to the Lysefjorden. The name means “Kjerag Boulder” or “Kjerag Bolt”.

It is one of the highest waterfalls in Norway and one of the highest in the world. It is a plunge-style waterfall that is usually only active about 5 months of the year
And that is why this waterfall is less known. Kjeragfossen is definitely worth seeing in winter and spring. In summer and autumn it regularly dries up, so some people are disappointed when they come here. Sometimes it flows again after heavy rain…but it is true, what you think right now–> it is not the same. But still, if you are doing the hike expect nothing and you will be rewarded with a stunning view.

Best time:
If you want to see the waterfall in all its glory, lots of flowing water from 715 meters high in other words, you have to be here in the spring. Then much of the snow melts and the water flow is at its greatest. And if you want to avoid a lot of tourists, it’s useful to start the hike to Kjerag early. Bring a picnic, the Kjeragfossen is the ultimate place for a lunch break.

note; I did not visit it because there were too many tourists when I passed it. 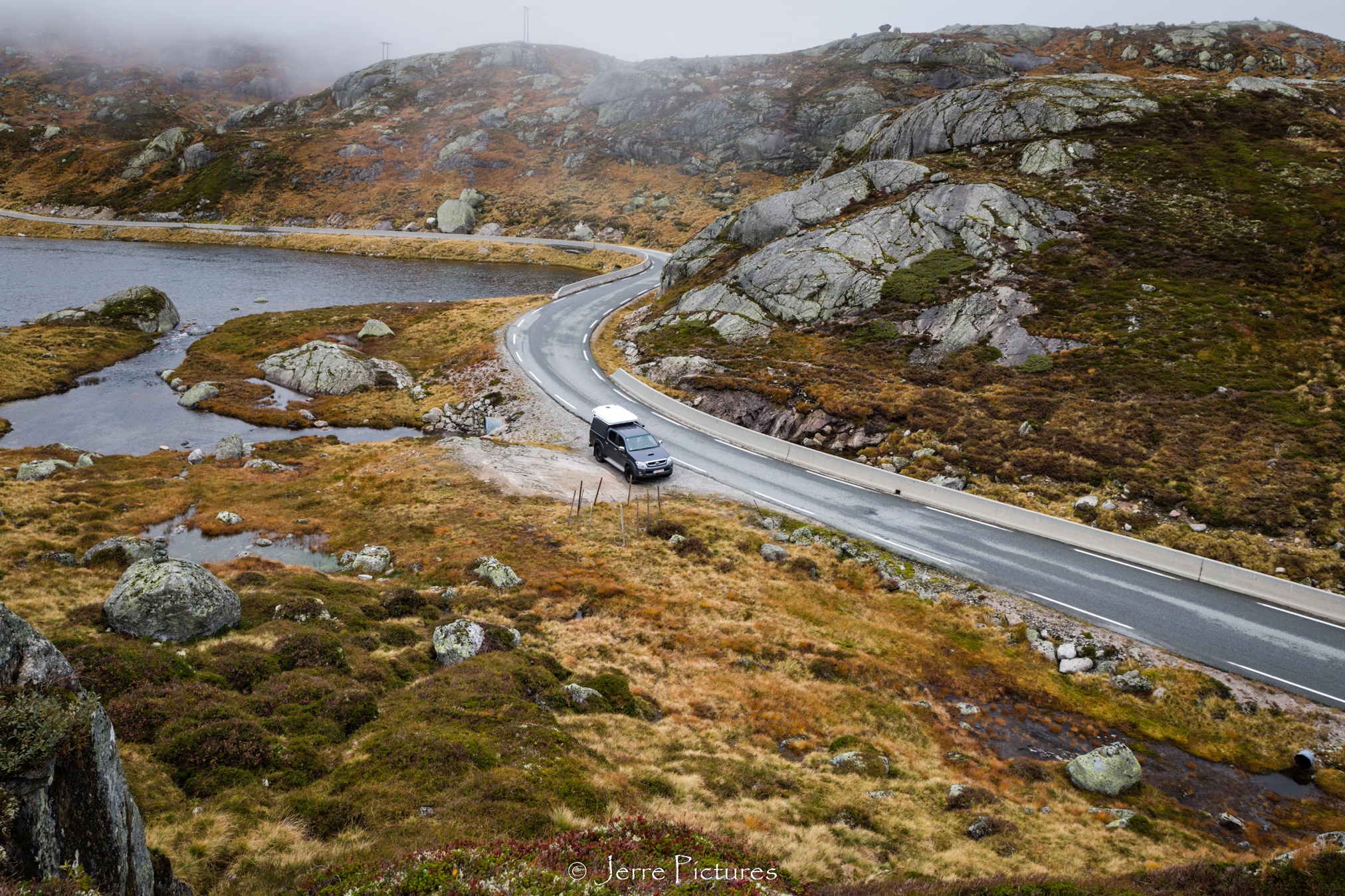 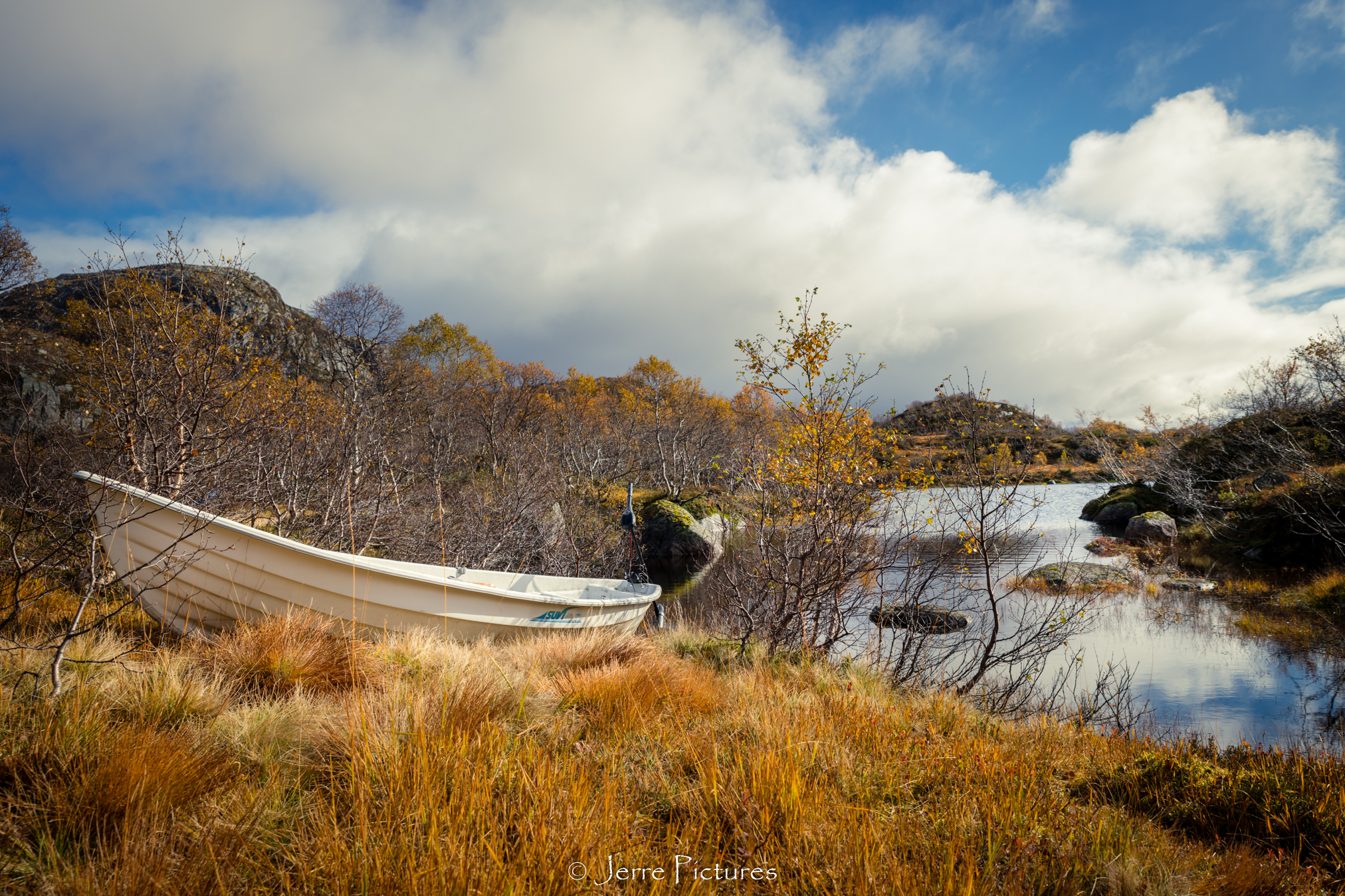 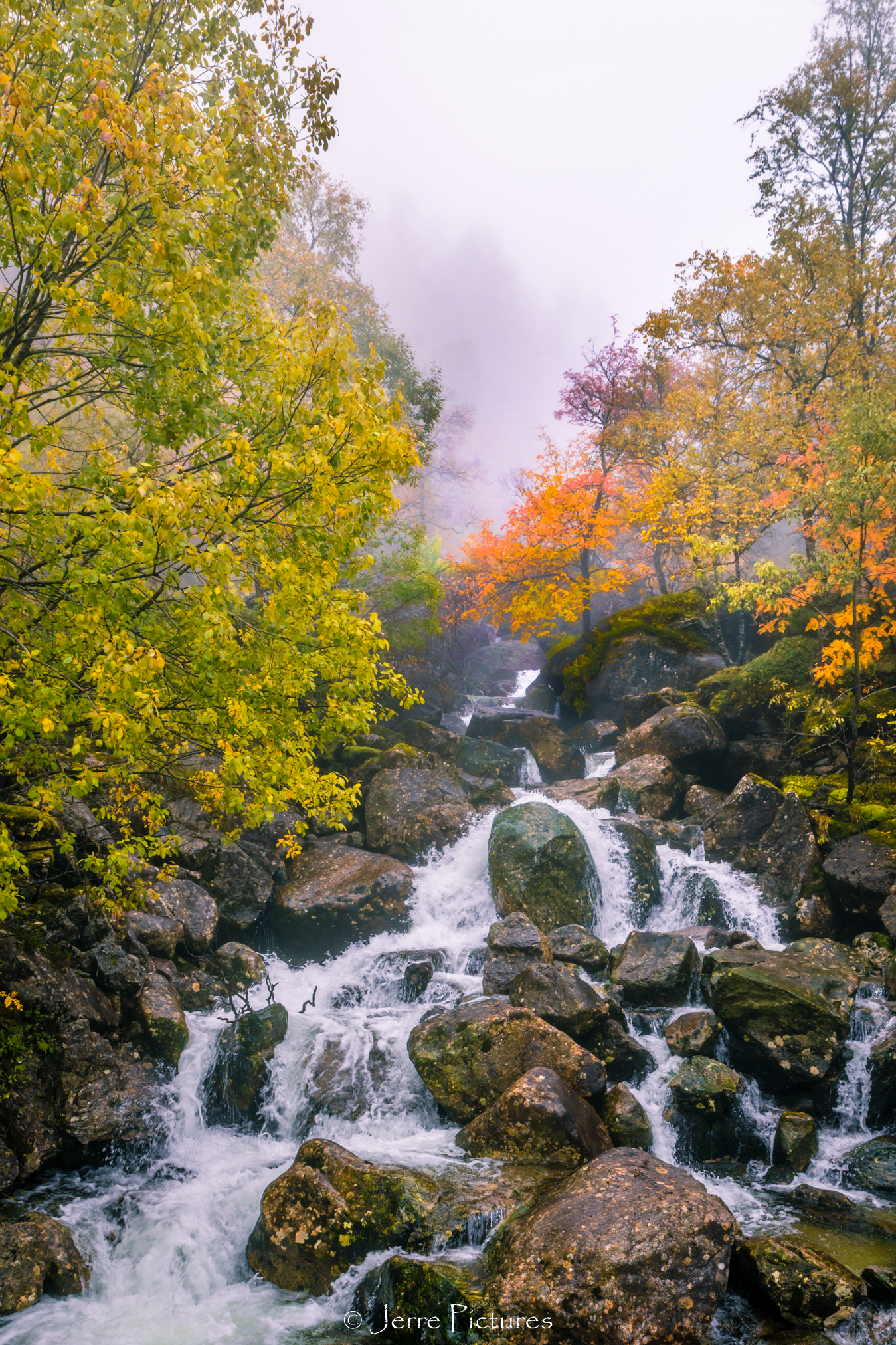 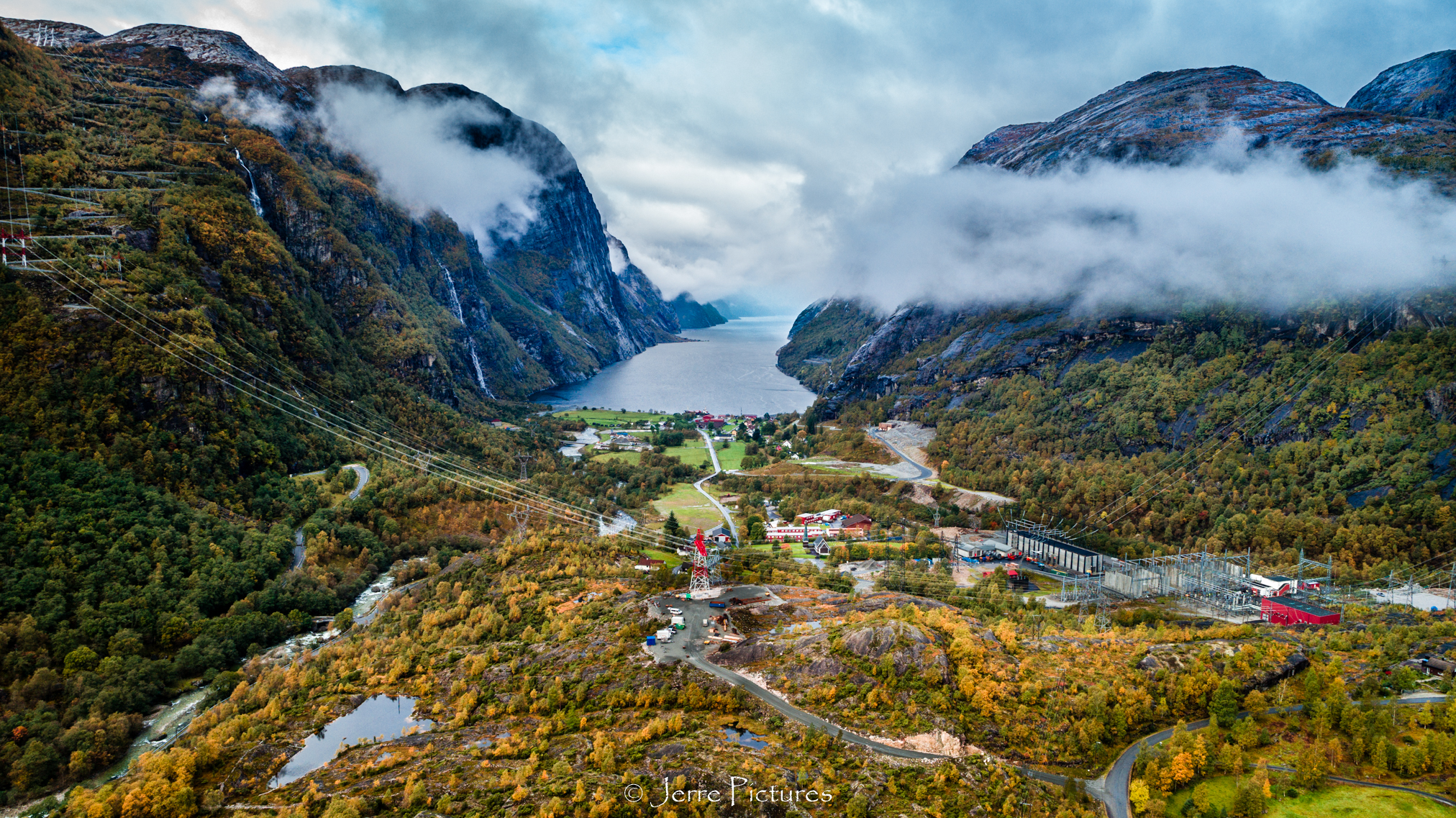 Buy me a Coffee, Montenegro, Travel

Buy me a Coffee, Montenegro, Travel

Buy me a Coffee, Free To Read, Montenegro, Travel