Lovćen is the name of a mountain and national park in southwestern Montenegro. The mountain stretches from the Adriatic Sea to the Bay of Kotor. The mountain has two peaks: Štirovnik (1749 m) and Jezerski vrh (1657 m).

It is located in the Balkan mountains which in turn are part of the mountain chain of the Dinaric Alps. 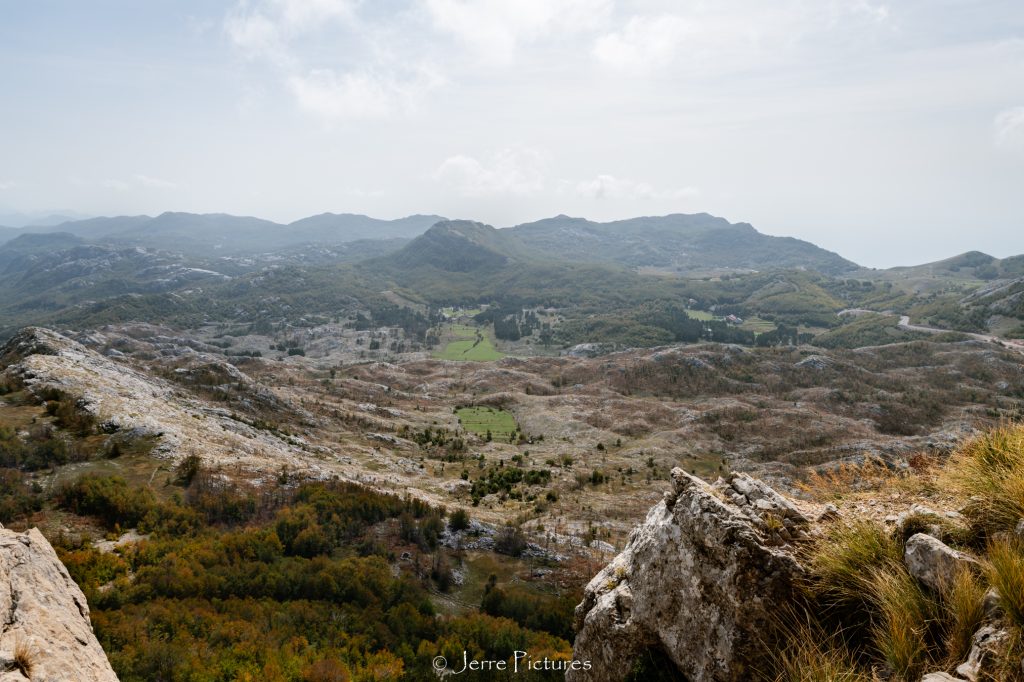 There is relatively little vegetation in the Dinaric Alps. This is due to the infertile soil of karst and limestone. Towards Slovenia, there is a small layer of soil above the limestone, so there is light vegetation growing there. 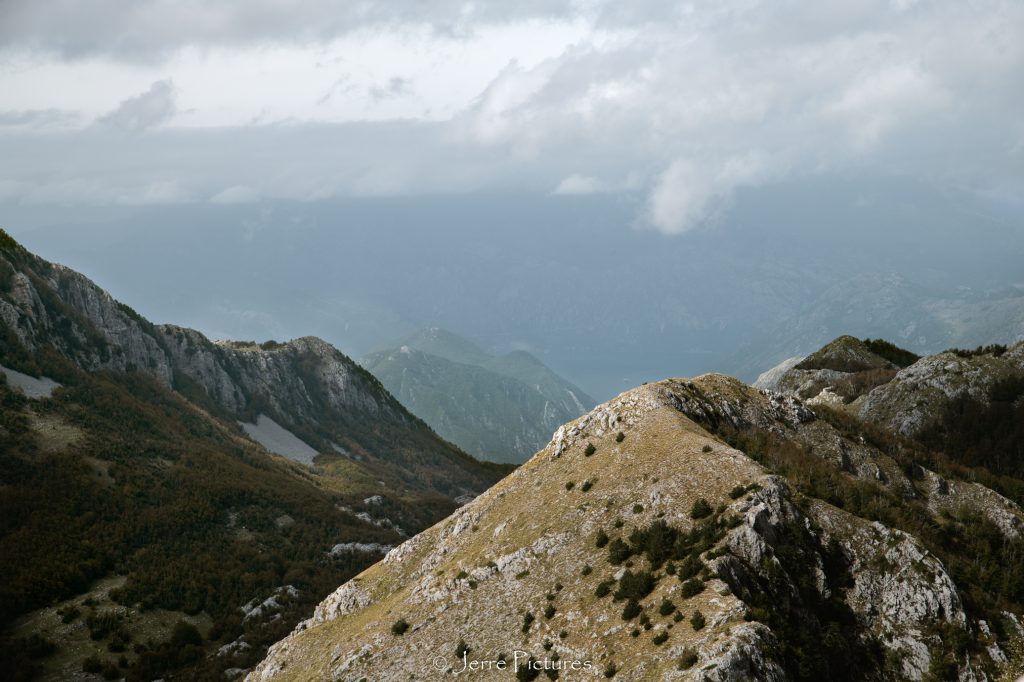 However, Lovćen is a unique exception to this

The mountain slopes are rocky with numerous crevices, pits,and deep depressions giving the whole a specific appearance. Since Lovćen is located on the border of the sea and the mainland, the mountain is influenced by both climates. As a result, a different biological system has developed on the mountain. There are 1158 plant species that occur on the mountain of which four are endemic.

I drove my 4×4 to Štirovnik. However at one point honor clearly states that taking photos is not allowed. This is logical, realizing that without any other presence you are in the military territory. (It is clearly indicated on the staff maps.) 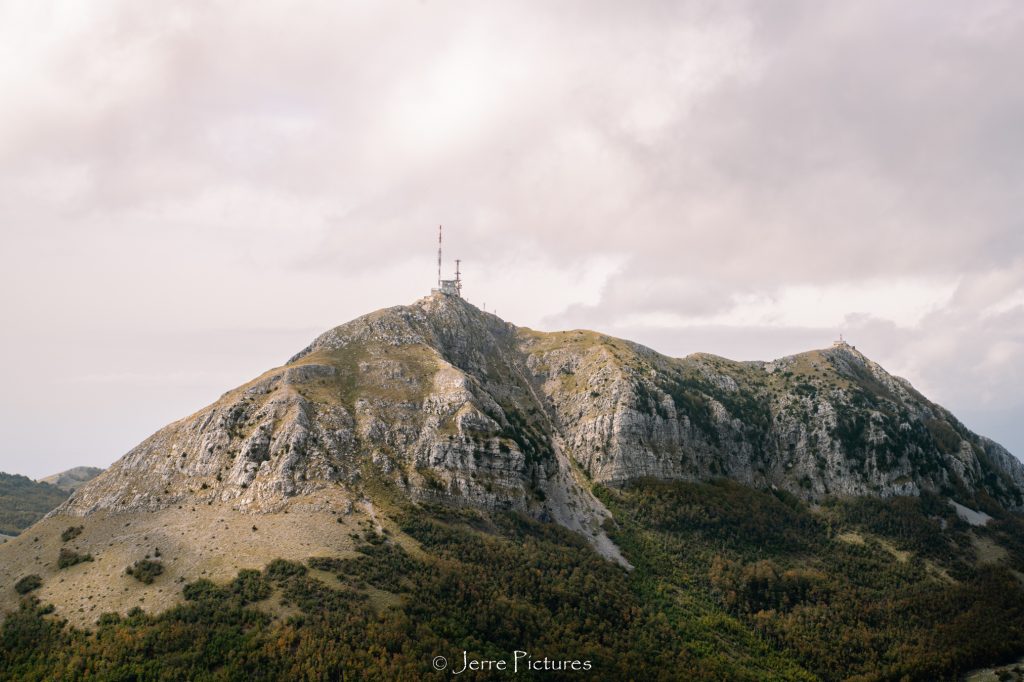 Many times in my career I have come across people who do not care. And try to play the one that did not know…But let me help you with this.  You don’t have to do that here. I’ve seen with my own eyes what they do to people who don’t care. For them it is simple, al do some of them are corrupt, if you go with the rules that the country asks you to follow, you should follow them. . If you do not agree with these rules then you should not visit the country. If you don’t like the rules you should be prepared to bear the consequences. And to put it mildly, they are very brutal!

So I put my camera aside and parked the vehicle and hiked a bit on foot.  The experience… it was just WOW… different …breathtaking.

Then we drove to the mausoleum 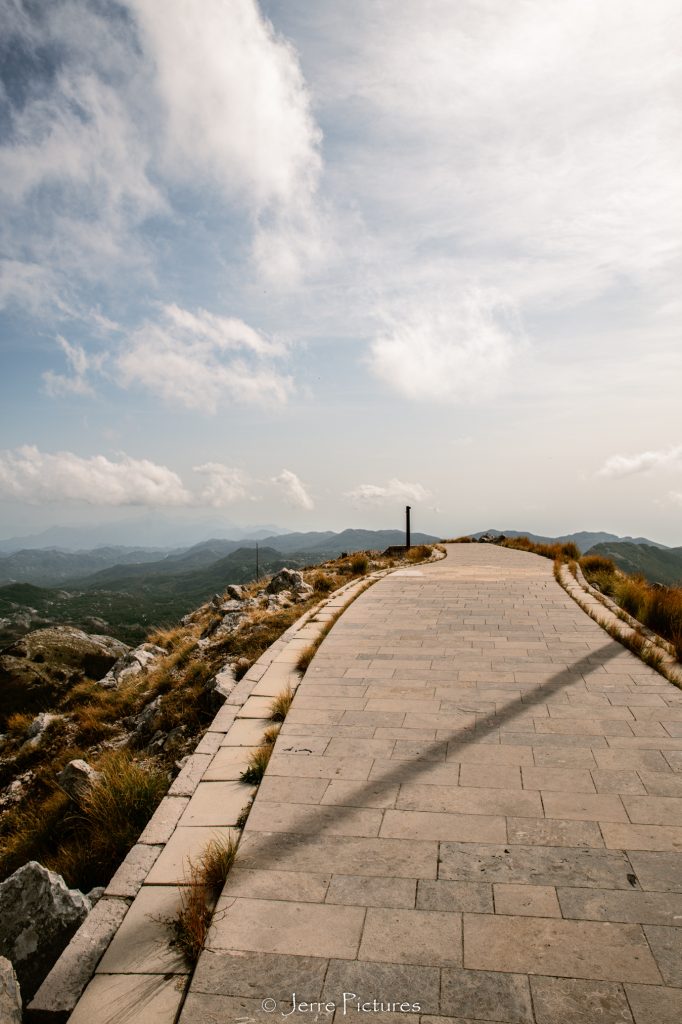 The largest and most important monument of the park is the mausoleum of Petar Petrović Njegoš, prince-bishop of Montenegro, this then touristic ally anyway. The location at the top of Jezerski vrh was chosen by Njegoš himself.

However, he wanted to be buried in the chapel he had built himself. This was done but the chapel was destroyed when the Austro-Hungarian army invaded the country. The Prince-Bishop’s remains were transferred to a monastery in Cetinje. In the 1920s, King Alexander reburied him in the rebuilt chapel. However, the then communist rulers in Montenegro destroyed the chapel to erect a monumental mausoleum designed by Ivan Meštrović.

In the 1970s, many Yugoslav public figures, of both Serb and non-Serb origin, complained that they thought it was barbaric to ignore the last will of Njegoš.

You know me by now, the mausoleum is just a bit too touristic, it has something but then again it is not at all. If you go, all I can say is that there are a few paths that no one takes…follow them…. and, like me, you will be surprised. 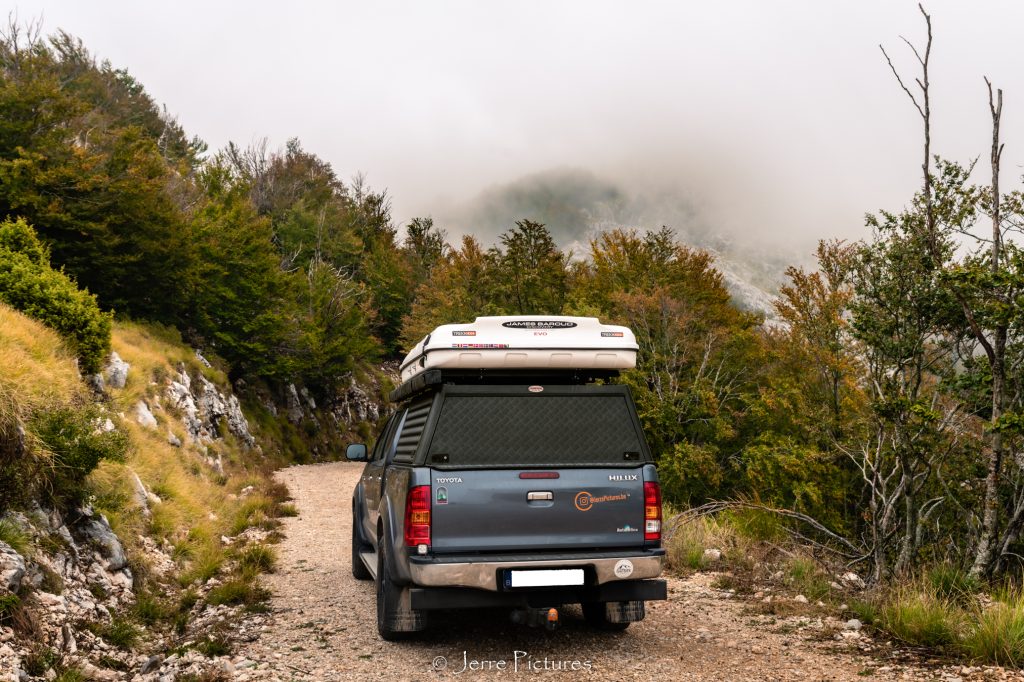 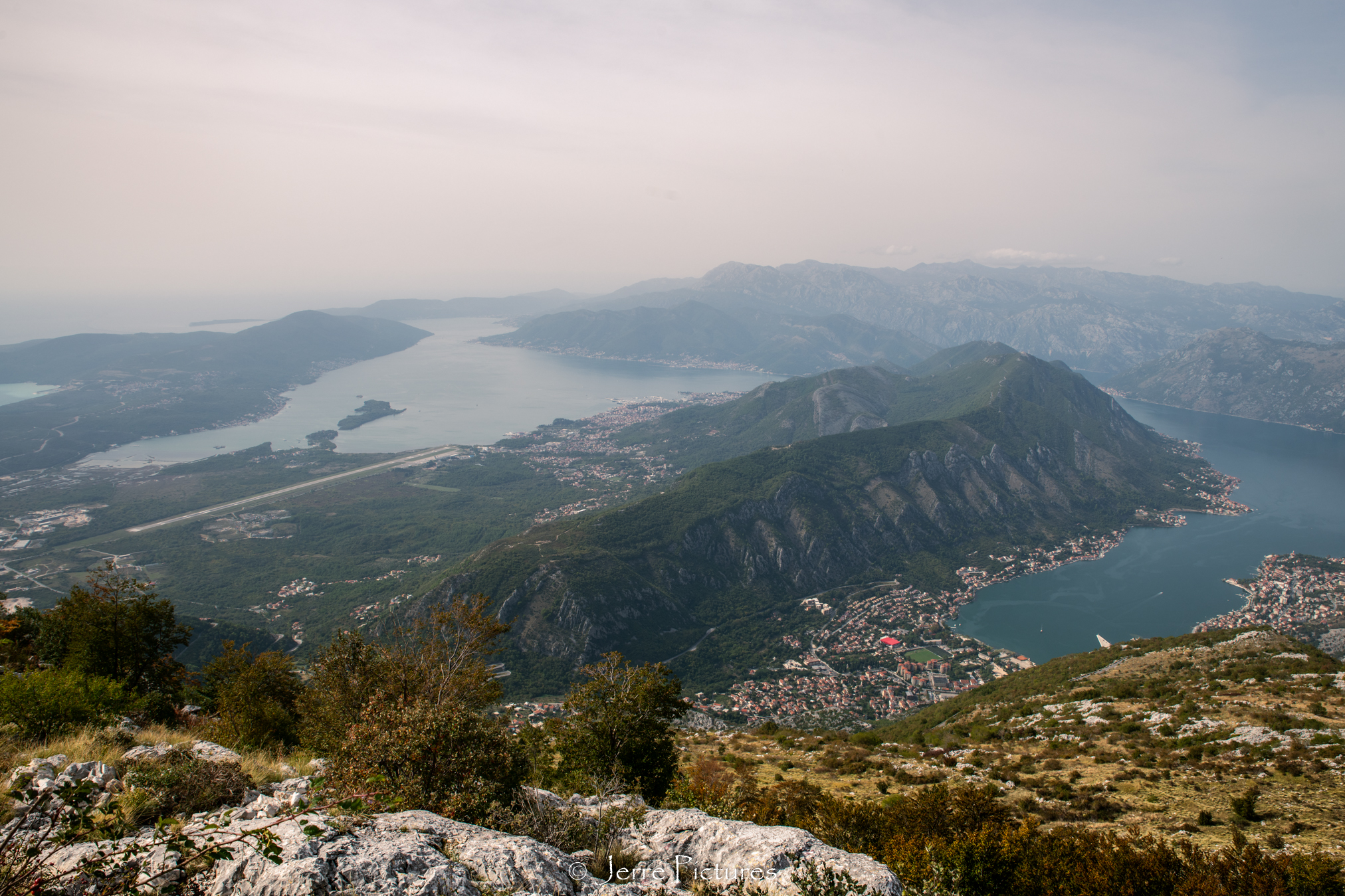 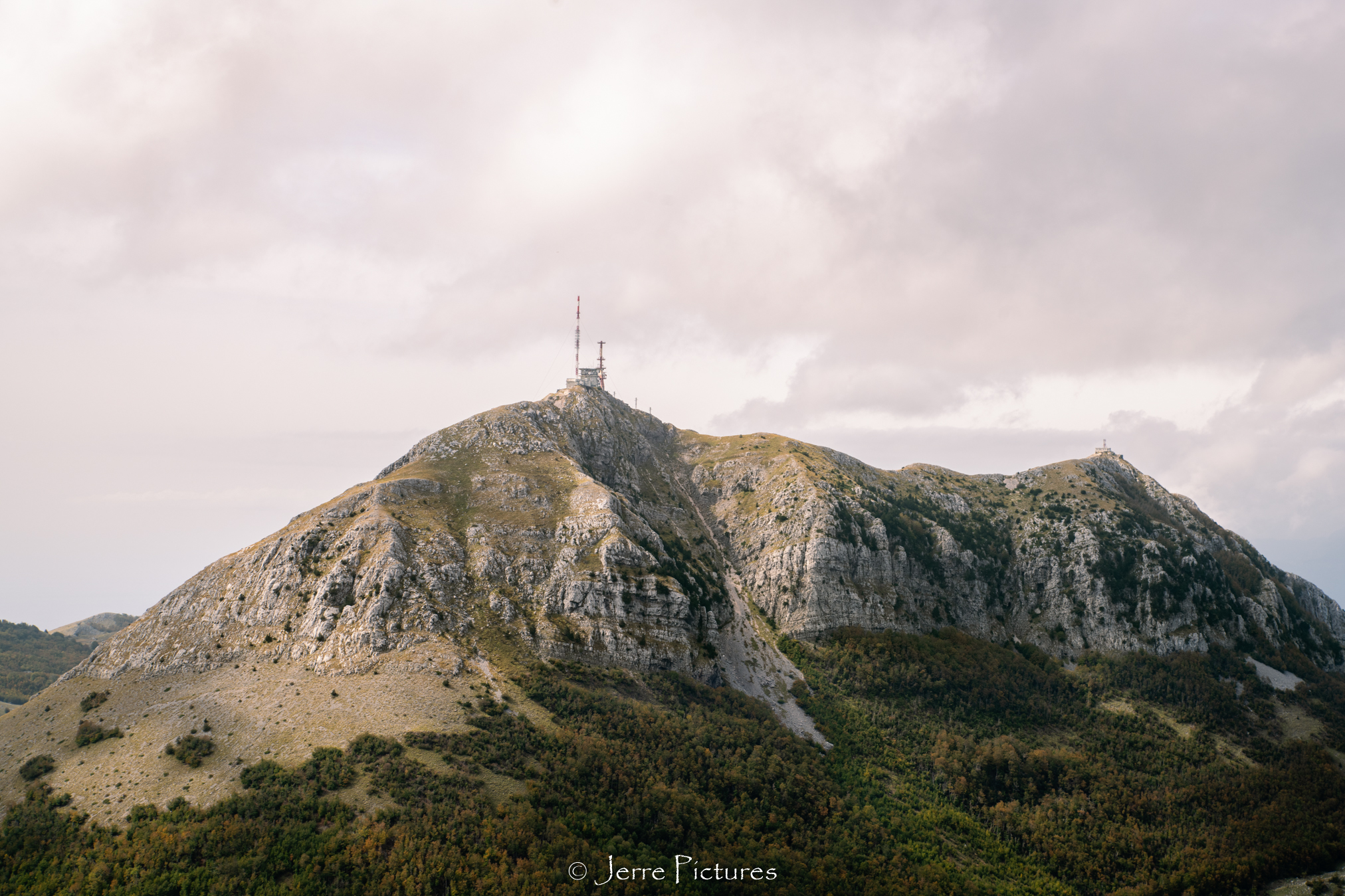 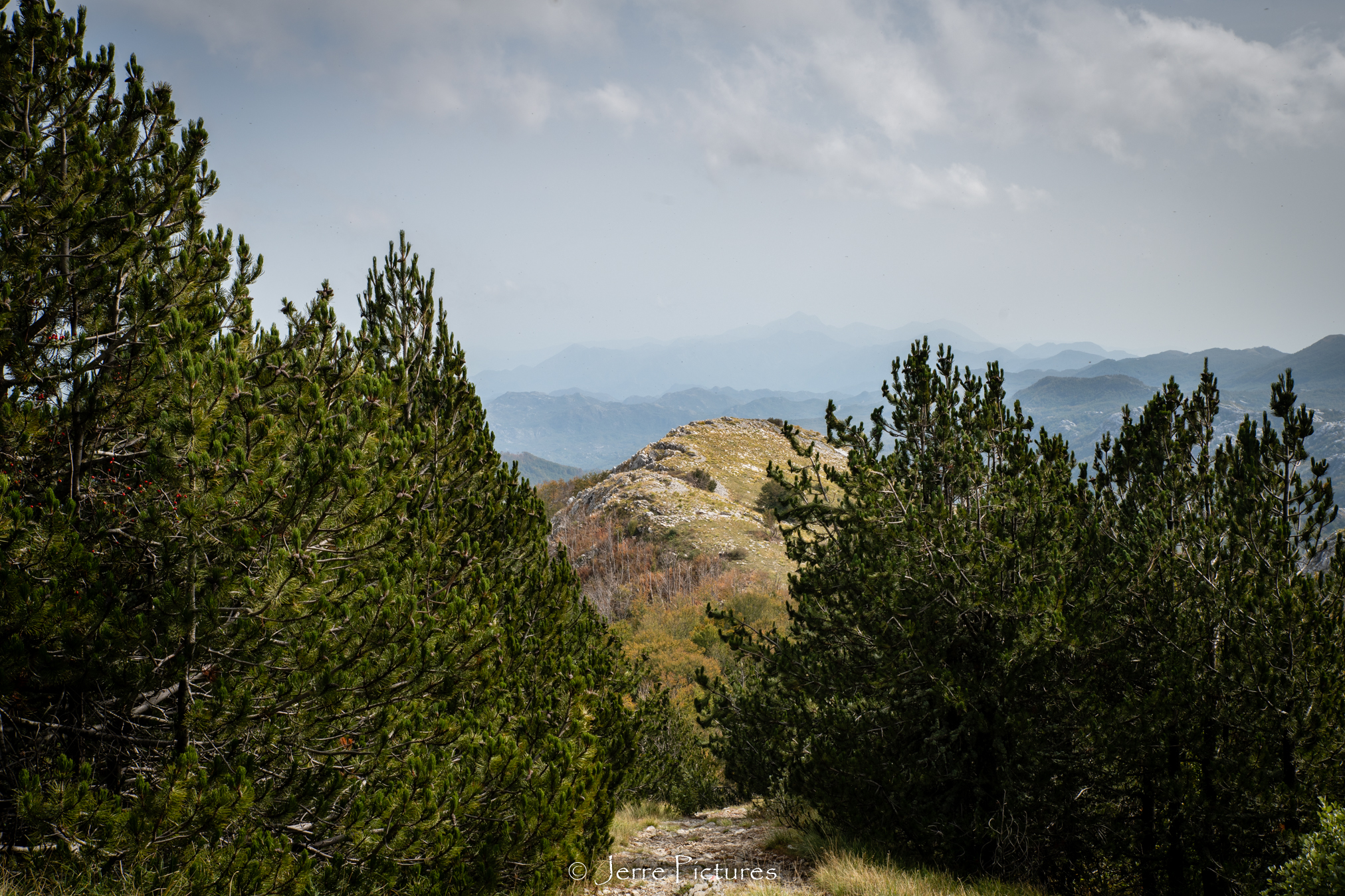