The Bay of Kotor is riddled with the ruins of Austro-Hungarian buildings perched atop the craggy mountains. But the most beautiful walk is the trail to Sveti Andrija Fortress above Perast. (Montenegro)

Sv Andrija fortress was built in the age of the Austro-Hungarian Monarchy, in the 19th century. The fortress is at 743 m above sea level with a great view of the Bay of Kotor. It’s on the ridge above the beautiful town Perast. Among the hiking trails leading to this fortress, there is a serpentine stone footpath winding from Perast. Fort Stražnik also known as the Eagle’s Nest, is a former fortification of the Austro-Hungarian Empire located to the west of the village and former military base of Crkvice in southwestern Montenegro. The primary purpose of the fort was a defense against the bordering Ottoman Empire.

The 4.6km trail to the fortress was originally made for horses and offers. It winds through a beech forest, where the path is carpeted by leaves and the only sounds are birds chirping and insects buzzing. Towards the top, it opens up to an incredible vista where the fortress overlooks the bay. The view from the Sveti Andrija is described as breathtaking (of course, what do you want… if you have to stroll km after km in the sun against a steep mountain wall )  you have a complete view over the Bay of Kotor, Mount Vrmac, and the Verige Strait. The fortress ruins are also fascinating and have the original stone inscriptions in German.

The path up was completely overgrown with bushes in several places some of these bushes are with large thorns. My travel partner had suffered major injuries from this, by slipping and this was her last hold.

In some places, the paths are completely washed away or so narrow that if you take a wrong step you slide down a few meters.

It is not a long walk but it is a very tough walk. The path is also not entirely without danger, and a pair of sturdy shoes and long pants are recommended. I also recommend you to bring enough drinks (about 2liter the man) and some sugars.

I therefore strongly advise against hiking after or during rain.

Despite the necessary dangers that can be neglected by staying alert and using common sense.

The reward is a view that is almost indescribable.

(1)In Montenegro, wild camping is not allowed. You can try it but you have to take into account that the local police will get tough on you. I didn’t find a safe place there either, to stand somewhere unnoticed. Due to the covid-19 pandemic, there were also no camping/sleeping facilities open in the area. And I was forced to cross the border with Croatia again.

I have added a gpx file to this article, so you can do this amazing hike yourself. 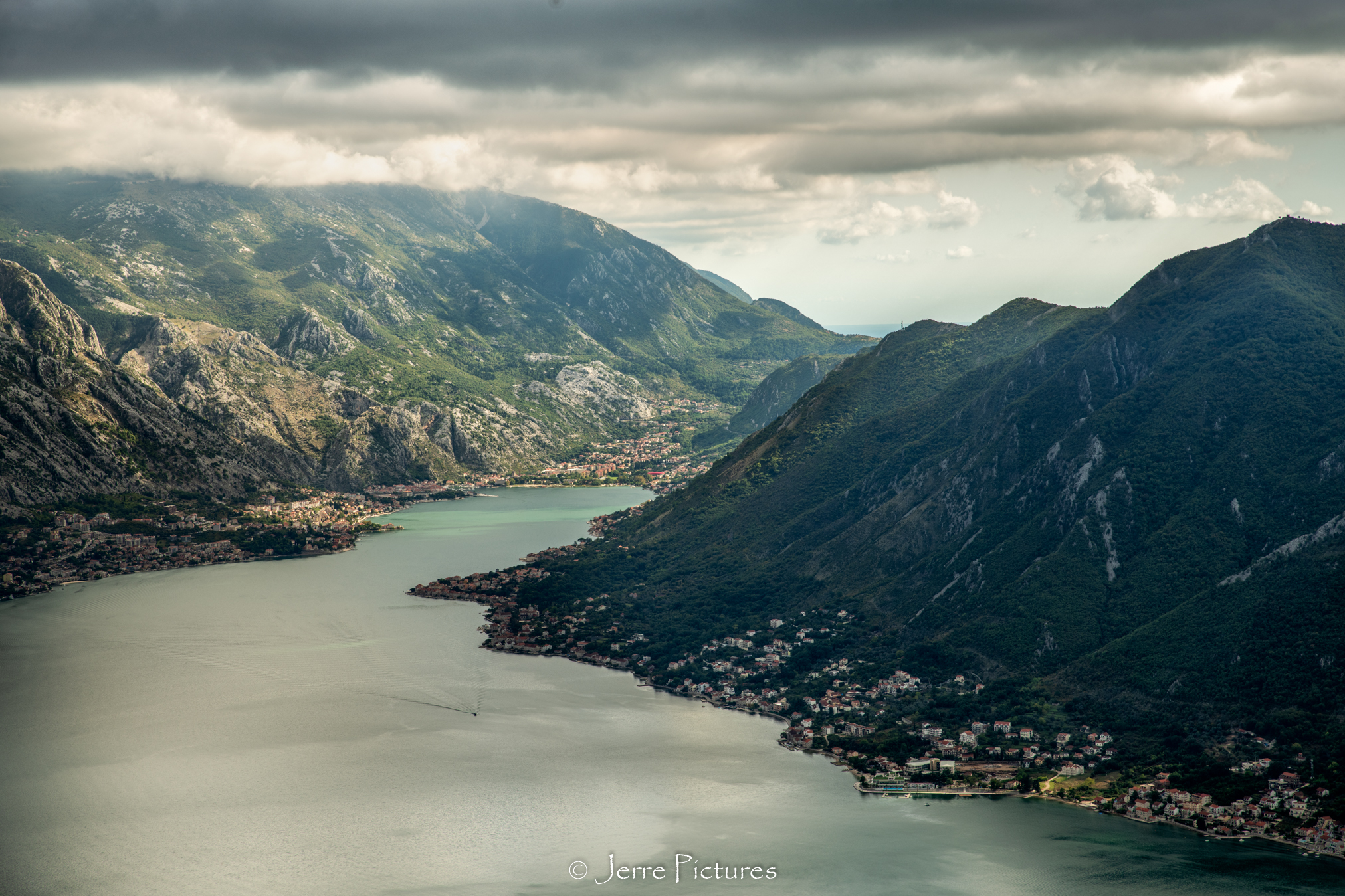 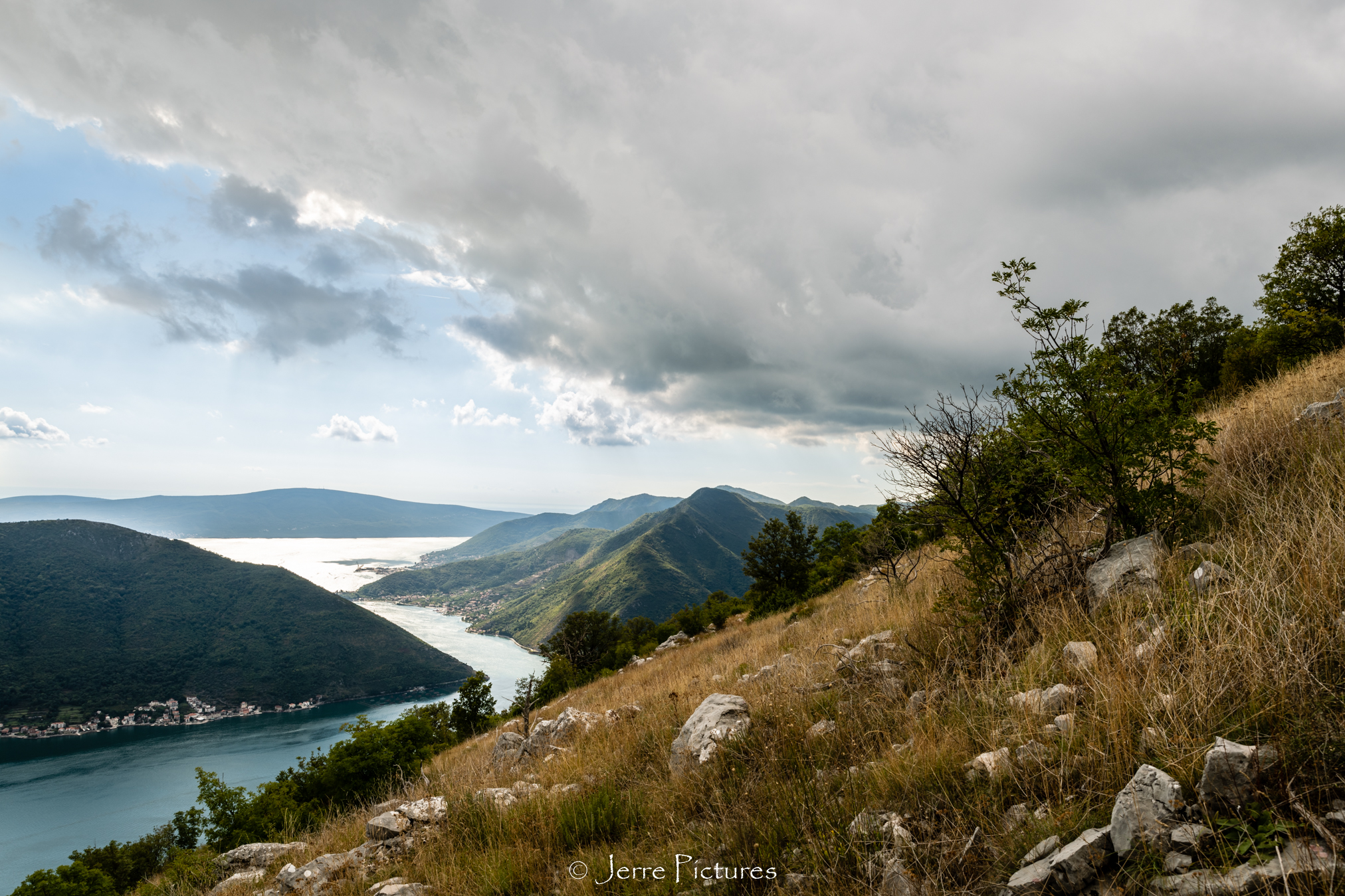 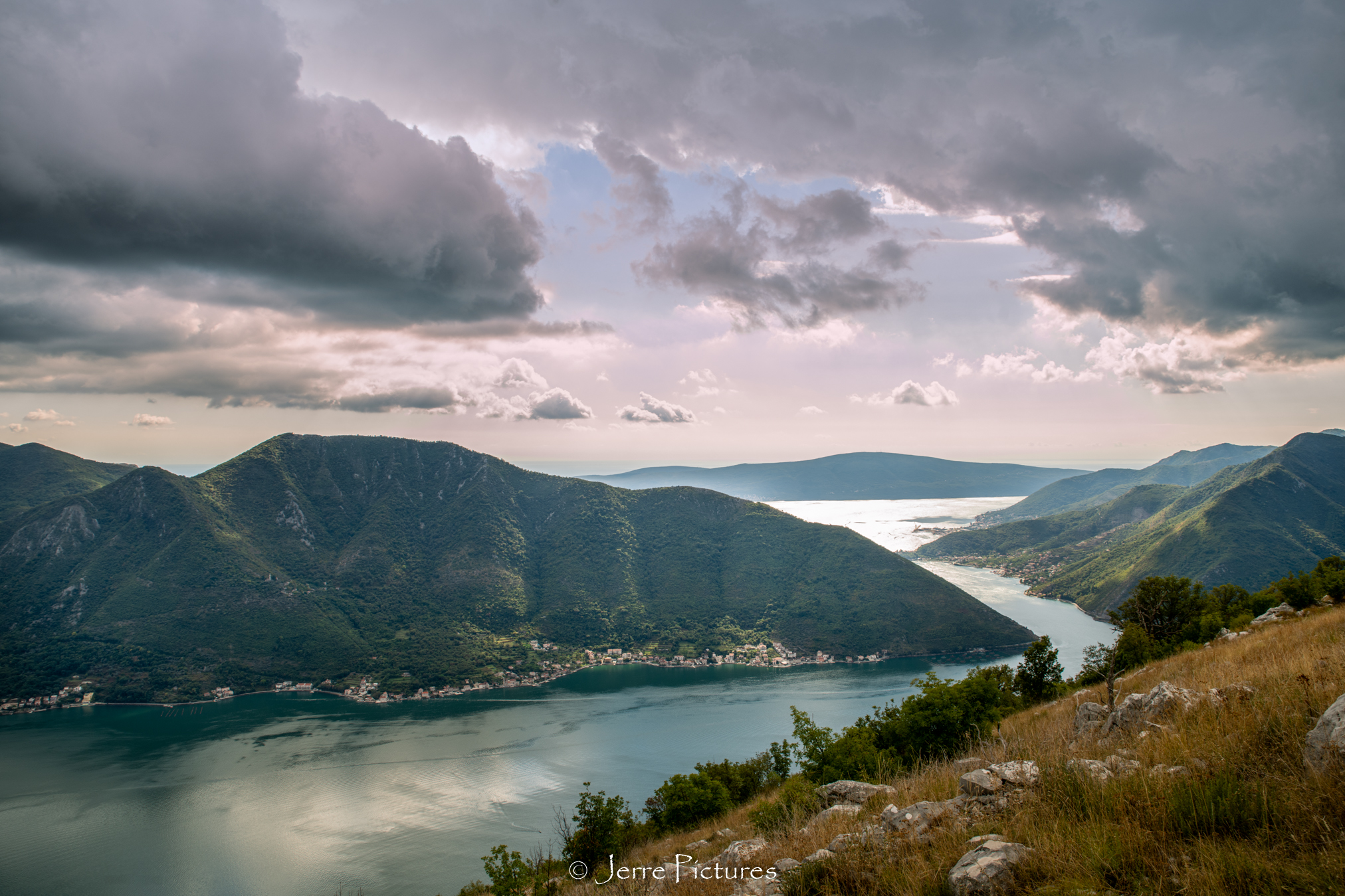 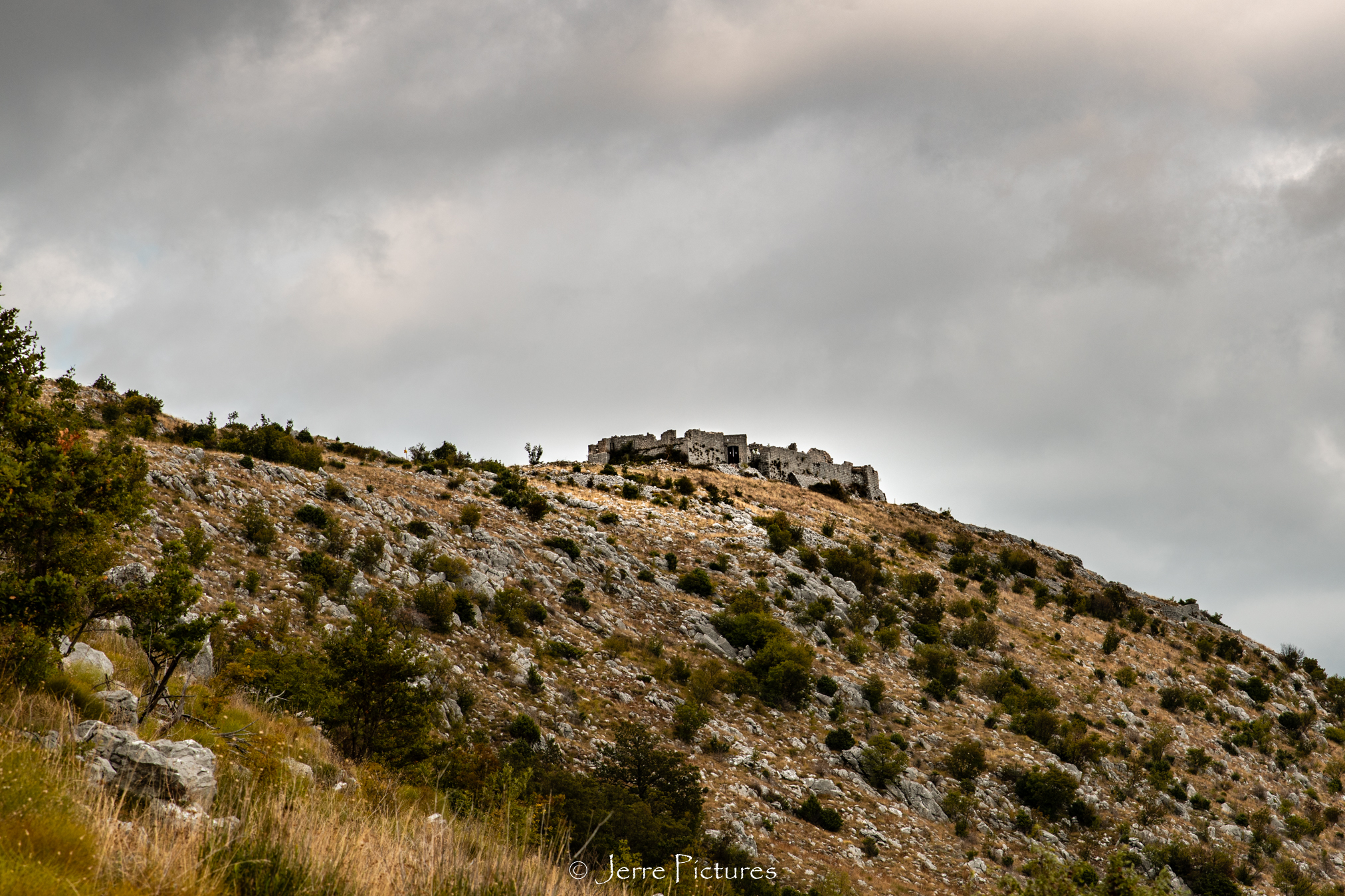 The first experience when you enter Montenegro Perast